3 Energy Projects You Should Know About 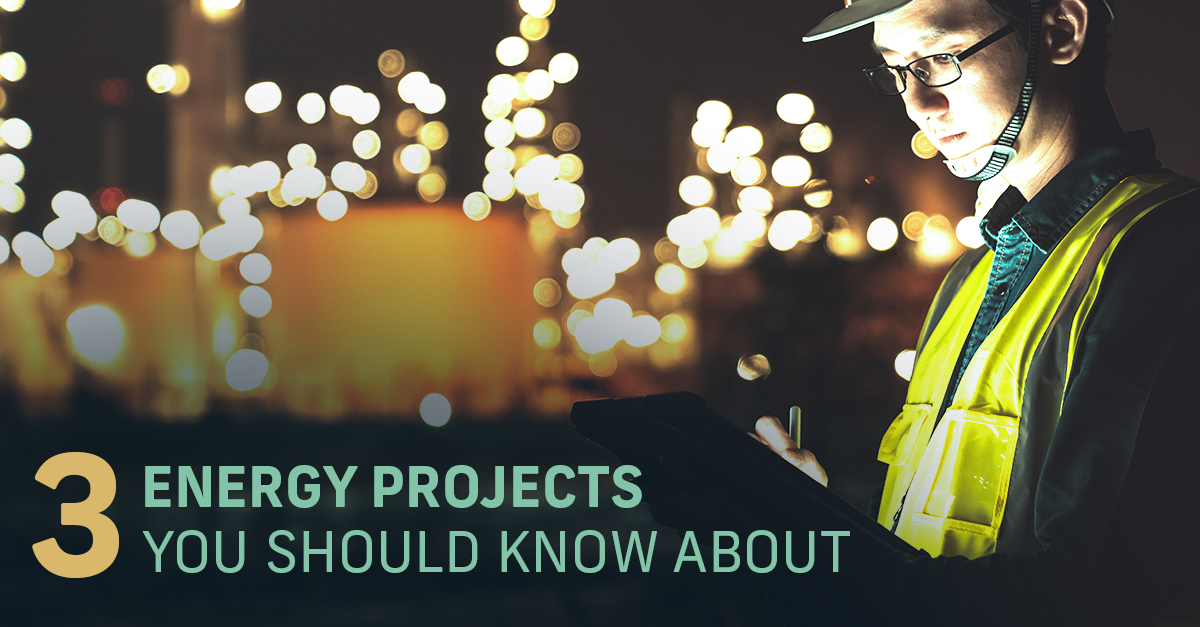 Energy companies — big and small — are teaming up to tackle some of our generation’s most pressing problems. Today, many of the country’s largest energy companies are investing in startups as part of efforts to bring more people reliable access to energy and reducing carbon emissions.

By combining resources of large natural gas and oil companies with the fresh and exciting ideas coming from startups, new solutions can be brought to more people faster.

The Georgia Institute of Technology, Imperial College London and ExxonMobil joined forces to develop a new membrane technology that could reduce emissions and energy intensity associated with refining crude oil. Their research found the primary components of gasoline and jet fuel can be separated from light crude oil using pressure instead of heat, reducing emissions and energy consumption significantly compared to traditional, heat-based distillation methods.

“Through collaboration with strong academic institutions like Georgia Tech and Imperial, we are constantly working to develop the lower-emissions energy solutions of the future,” said Vijay Swarup, vice president of research and development at ExxonMobil Research and Engineering Company.

The average American spends $2,000 on energy annually, of which $200 to $400 could be going to waste from drafts, air leaks around openings, and outdated heating and cooling systems, according to the U.S. Department of Energy. With home energy monitoring devices from Sense, homeowners can stay informed about their electricity usage and how to improve efficiency and reduce costs. For those with rooftop solar, the devices also track real-time power generation and historical production plus sellback and grid usage calculations.

Shell was an early investor and Sense continues to raise financing while improving its technology and compatibility with other home appliances.

“Data and machine intelligence are becoming an increasingly important part of unlocking value in automation and control of a connected energy platform,” Geert van de Wouw, managing director of Shell Ventures, said at the time. “Sense has developed a leading technology with state of the art disaggregation capabilities…Shell is exploring opportunities to bring Sense’s capabilities to our business and customers.”

Concrete is the most consumed man-made product on Earth. A main ingredient in concrete is cement — the “glue” that holds it together. Unfortunately, the production of cement is an energy-intensive process. For every 1 kilogram of cement produced, 0.5 kilogram of carbon dioxide is released. Roughly 8% of global carbon dioxide emissions are from the cement industry…a carbon footprint that extends throughout the supply chain to concrete.

Solidia® Technologies is working to change that. The company, which BP has invested in, developed a new cement production method that requires less energy, significantly reducing greenhouse gas emissions. Researchers at Solidia have also found a way for their products to absorb additional CO2 directly into the structure of concrete. Cement is traditionally “cured” or strengthened with water to make concrete. Solidia, though, cures its cement with carbon dioxide, permanently consuming the CO2 to give the concrete its strength and durability. Essentially, Solidia has developed a technology for carbon-eating concrete.

Combined, these two technologies could reduce the carbon footprint of cement and concrete production by 70%

“Our goal is to turn CO2 from a problem into a solution,” Tom Schuler, the company’s president and CEO said.

Reducing emissions of methane, a potent greenhouse gas, is a global concern gy, with countries and companies naming it as […]